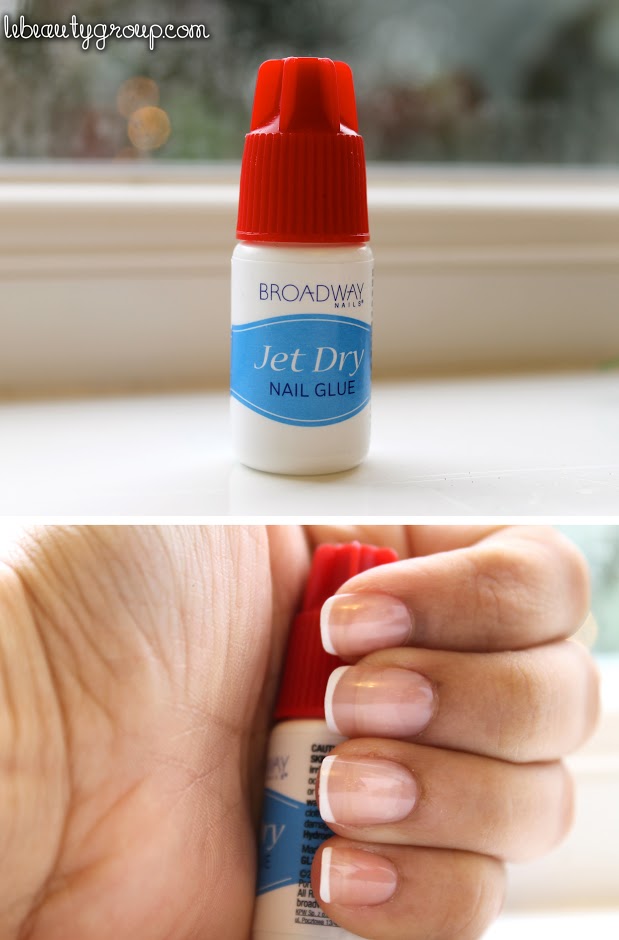 I know this is a pretty boring topic to talk about, but it took me 6 months of destroying my nails with fake nail glue to realise that I should never trust the little glue that normally accompanies the fake nails themselves. Trust me, they do an ok-ish job compared to what this Broadway Jet Dry glue does!

Because we are talking about glue, it will always damage your own nails in some way, but I find that the Jet Dry glue isn’t too harsh on my own nails, and it doesn’t leave the fake nails with a sloppy and patchy finish. It also comes in a bigger bottle and it has a screw on cap for ease of use. The one criticism I have is about its staying power. Most of my fake nails came off after a day and a half, which is not great, but I honestly only put a tiny drop of the glue on the nails. It’s the price I’m willing to pay if I want to still have healthy natural nails.

If you’re not a fake nail kind of person, you can still use this glue to mend one of your own broken nails. Grab a bit of the Jet Dry glue, stick the broken bits together, wait a few moments, and voilà! As you can probably tell by my endless rave about this glue, I’m a fan. It’s also quite good value for money; you can get a twin pack for £3.05 from Boots.

If you have tried this glue before, let me know what you think of it on the comments below :o)

27 weeks pregnant 💗 Baby is the size of a bunch

Hands up if you are parenting a #fussyeater and th

26 weeks pregnant 💗 Swipe to see all three of m

#25weekspregnant 💗 Baby girl is now the size of

We’re back from a lovely half term week away in