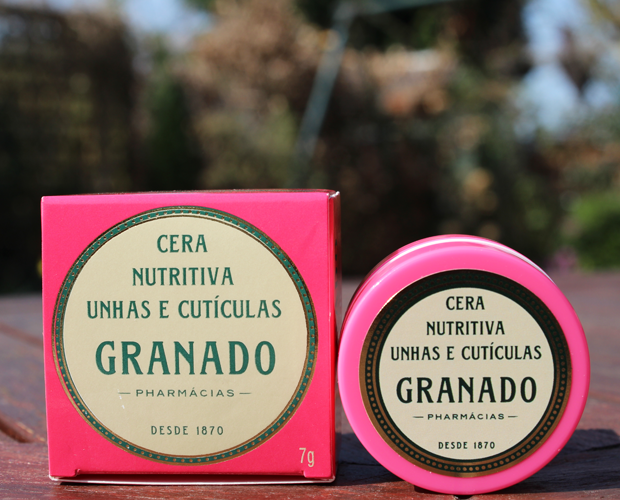 So I’m back from my holiday in Brazil and I come bringing Brazilian goodies! Whilst in a pharmacy, I found this product that called my attention immediately because it was pink – I’m such a girl! But when I looked closely it actually looked promising, so I thought I’d give it a try. 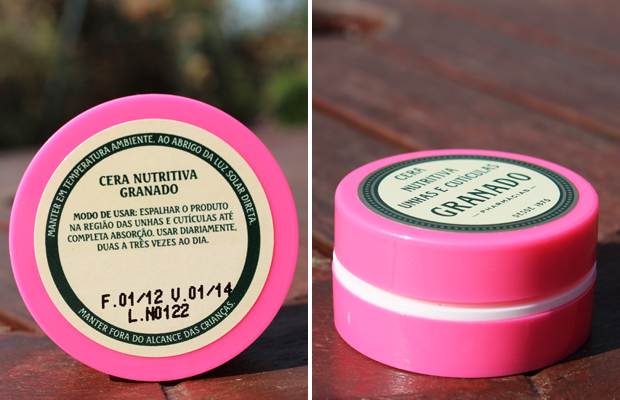 It’s the Granado Nutritive Wax For Nails and Cuticles (Cera Nutritiva para Unhas e Cutículas). The balmy textured product is made of cereal wax associated with oat milk and combined with silicons. According Granado, this mixture hydrates and restores cuticles and nails with a non-greasy finish. My nails have been looking absolutely appalling lately, so I jumped at the first chance to try this. 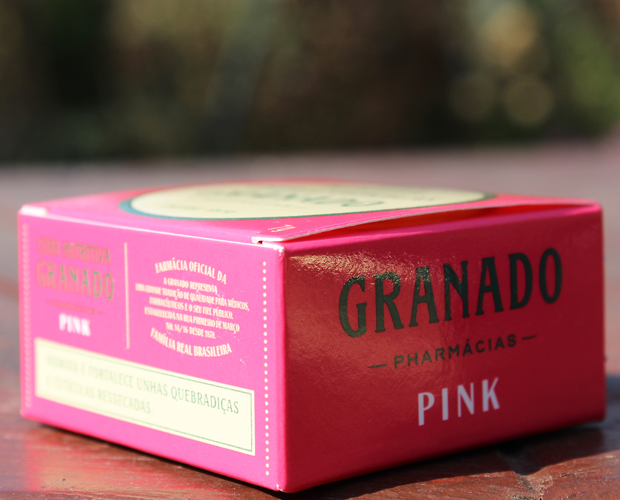 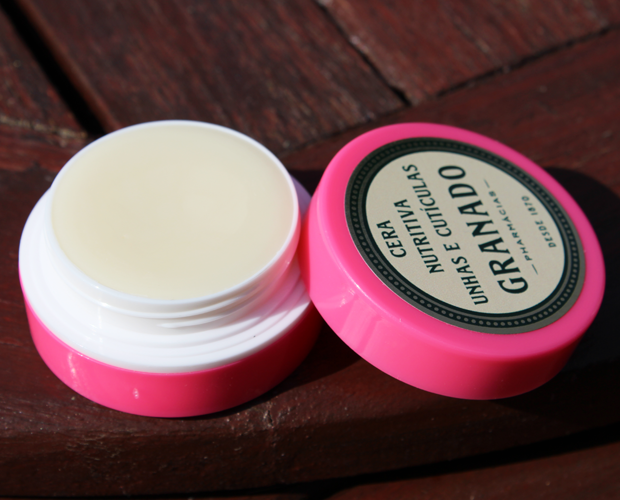 The wax has a gentle sweet scent, which I really liked and I think it would suit most people’s tastes. The consistency is not what you would expect of a wax: thick and sticky; but rather smooth like a balm. I applied one layer over each of my cuticles and waited about 3 minutes for it to be absorbed by my skin, as instructed. 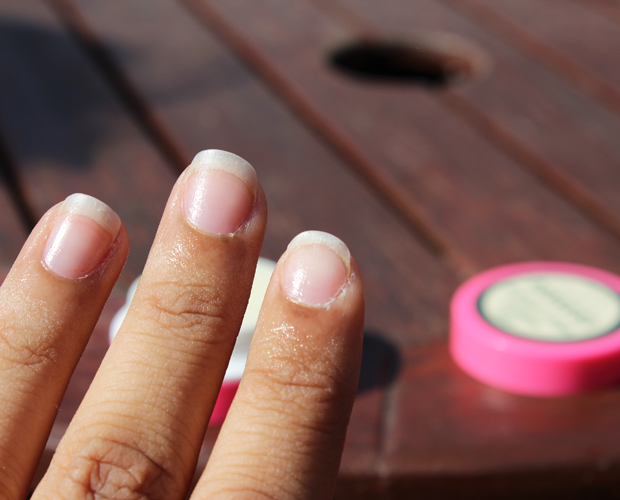 The result? Super moisturised and smoother cuticles, and that was after only one application. I’m very impressed! I also noticed my nails looked shiny and nourished, so I may extend the application to the nails as well and see how I get on with it over the next few weeks. On the photo above, I had only just applied the wax, so that’s why it looks mega greasy, but it did get fully absorbed in the end.

Unfortunately, I couldn’t find anywhere that sell the Granado wax outside of Brazil, but hopefully they’ll branch out to the rest of the world soon. If you know of any other products in the market that does a similar sort of thing, let me know in the comments below :)