About 3 weeks ago I was lucky enough to win a couple of tickets see Ghost The Musical in London and get an exclusive Ghost-themed Nazilla Love Glamour Nail Glitz manicure. The night was absolutely fabulous and I’d like to say a big thanks to Amazing PR for giving me this incredible opportunity! Now let me take you through the night in a bit more detail :) 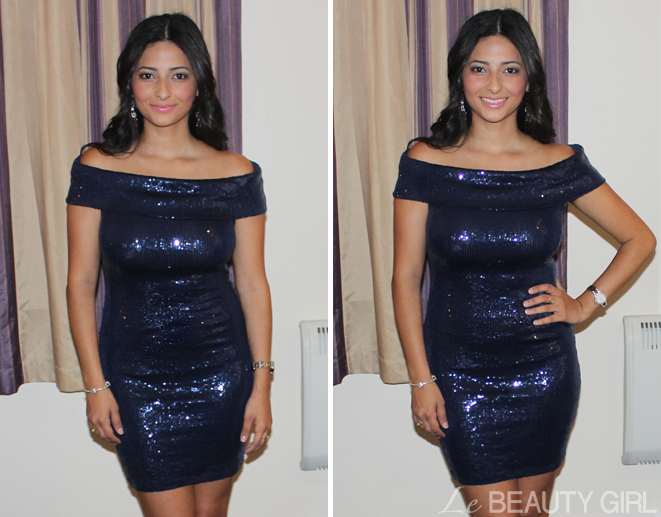 The preparations started in the hotel, as I chose to stay overnight in London rather than driving back to Wales after midnight. I’m wearing an off-shoulder navy sequin dress from ASOS that I bought especially for the occasion and I got lots of compliments on it throughout the night. Points to ASOS! 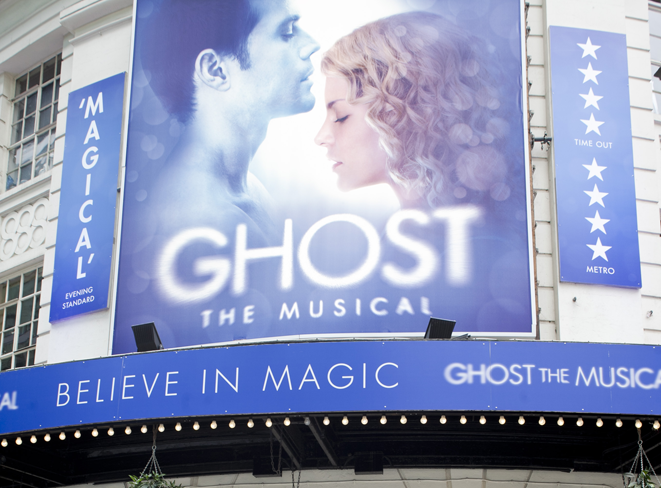 As I got to the Piccadilly Theatre, I was greeted by the super friendly Amazing PR girls and taken to the American Airlines bar inside the theatre where I was given a queue number for my Nail Glitz mani and a complimentary Godminster Aromatic Garden Cocktail. The cocktail was delicious and the bar was buzzing with people, so I gave my boyfriend the ‘ok card’ to go off and do something else whilst I mingled with other fellow bloggers and waited for my mani. I also had a little chat with the one and only Nazilla! She is absolutely gorgeous and so nice, by the way :) 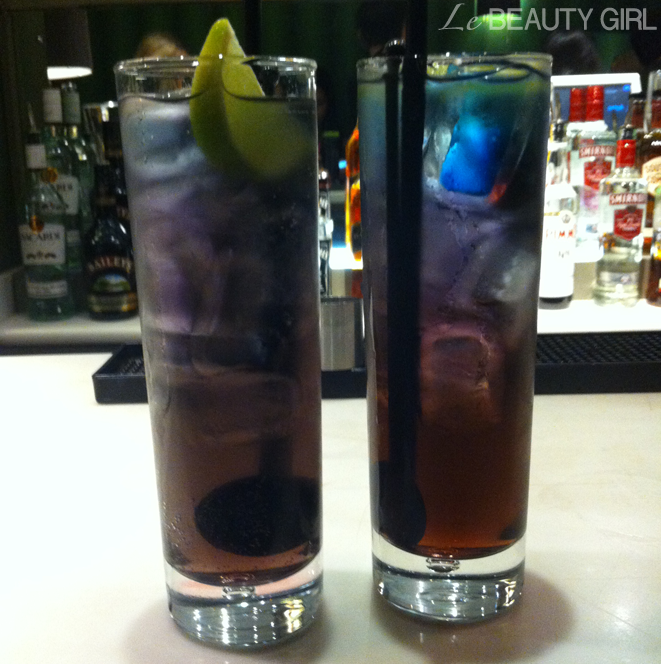 When it was my turn to have my nails done I was given the option of having them glued or stuck on, and I chose the glue because I didn’t want the falling off by the end of the night. The nails are so intricate and detailed, almost like something straight out of a catwalk show! I did struggle to do things after I had the nails on. They were so long and I didn’t want to ruin the lovely jewels. So opening my bag, typing on my phone and moving hair out of my face were some of the tasks I delegated to the boyfriend until the end of the night! 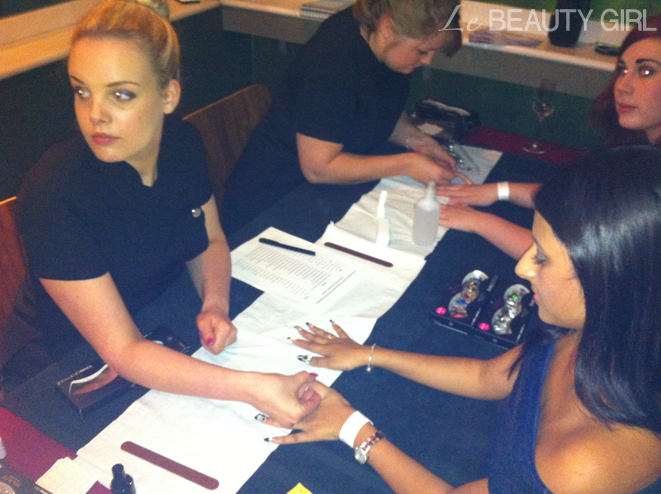 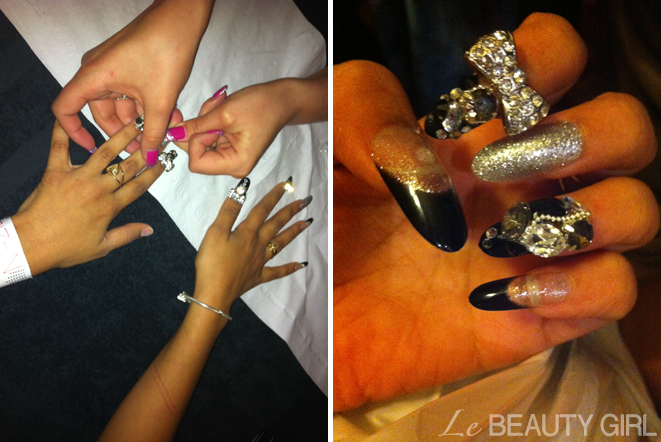 The show itself was great! I had seen Ghost the film before, so I knew the story quite well, but I was really impressed with all the special effects on stage and the entire cast was great, especially the lady that plays the part of Whoopi Goldberg in the film. She was hilarious! 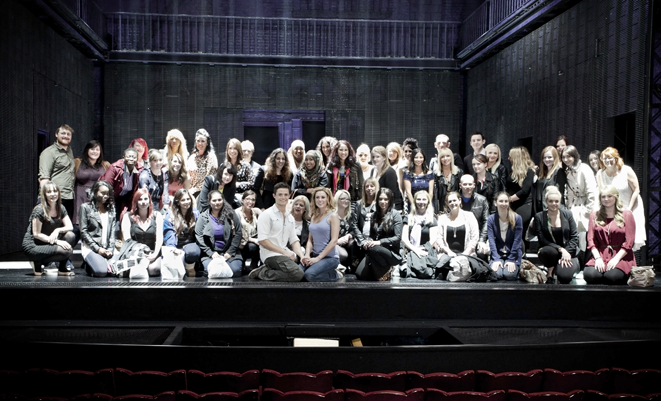 After the show, we were asked to stay in the theatre as we would be escorted backstage to meet some of the cast. I had never done anything like that before, so I was very excited! The view from backstage is surreal and I felt like a superstar :) The two main characters actors came to greet us and we had a collective photo taken on the stage with them. Can you see little me on the photo? :) 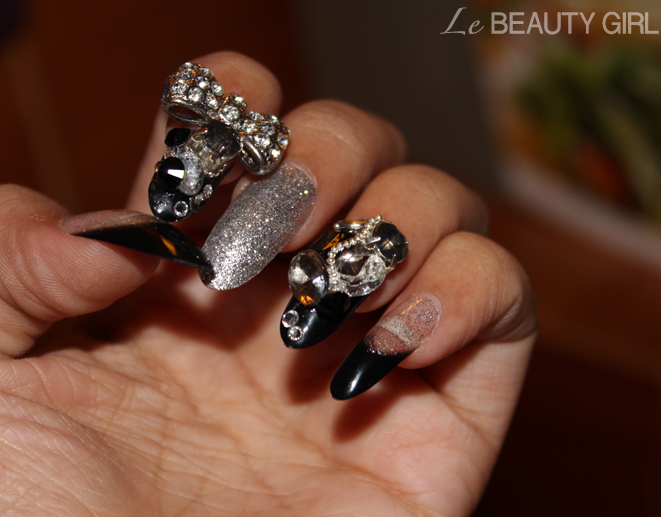 In my goody bag I got a set of Nazilla Love Glamour eyelashes, a Ghost The Musical CD and the pack with the remaining nails from my Nail Glitz manicure. I also pinched the lashes from my boyfriend’s goody bag; I don’t think he’ll miss them! :) 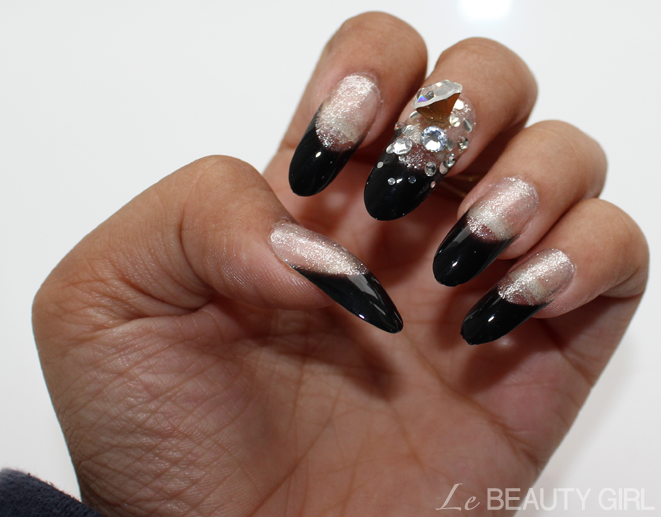 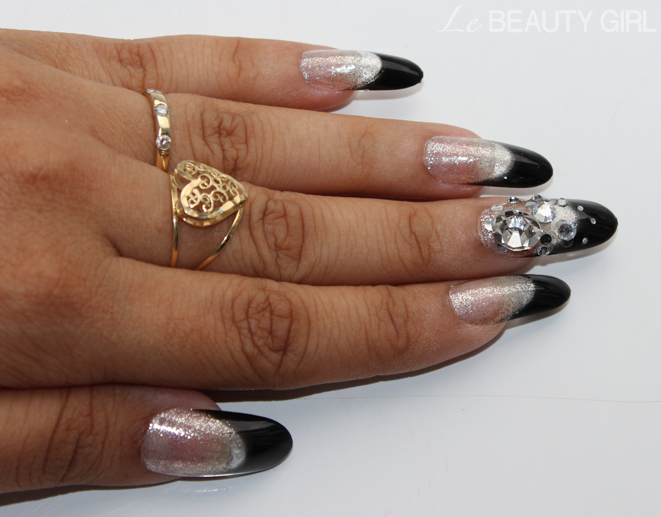 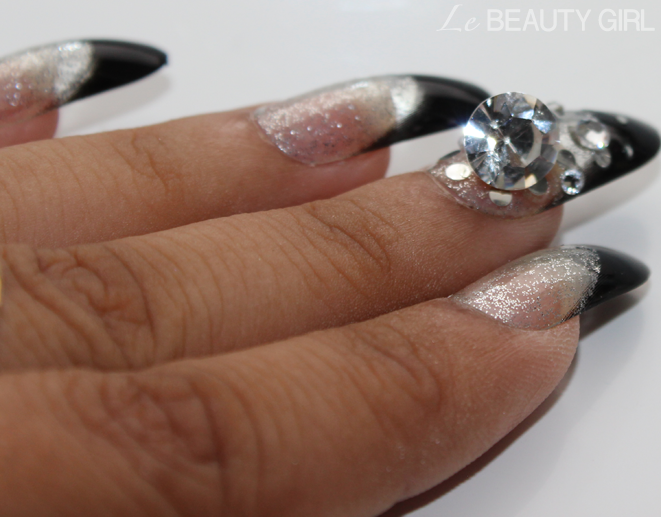 When I got home I tried the nails on with the stickers and they are great; strong enough to hold even the heavy jewelled nails, but easy enough to remove.

So there you go! I had a lovely evening thanks to Amazing PR, Nazilla Love Glamour and Godminster and I hope you’ve enjoyed reading through this rather long and detailed post :)

Nails Of The Day (NOTD): Purple Haze & Facets of Fuchsia