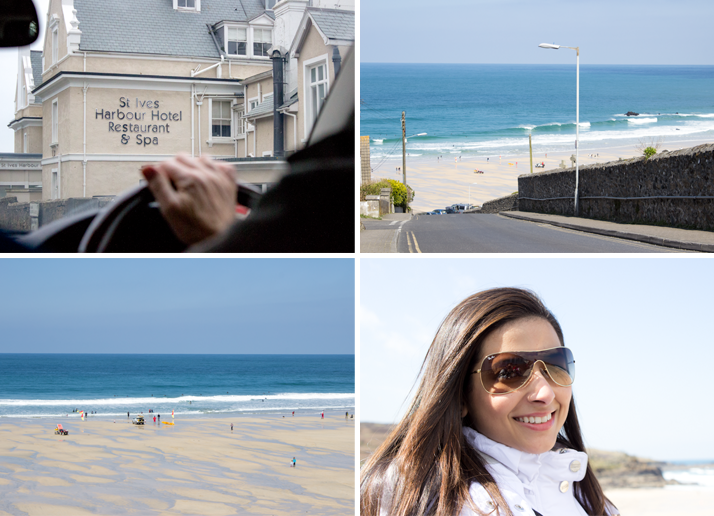 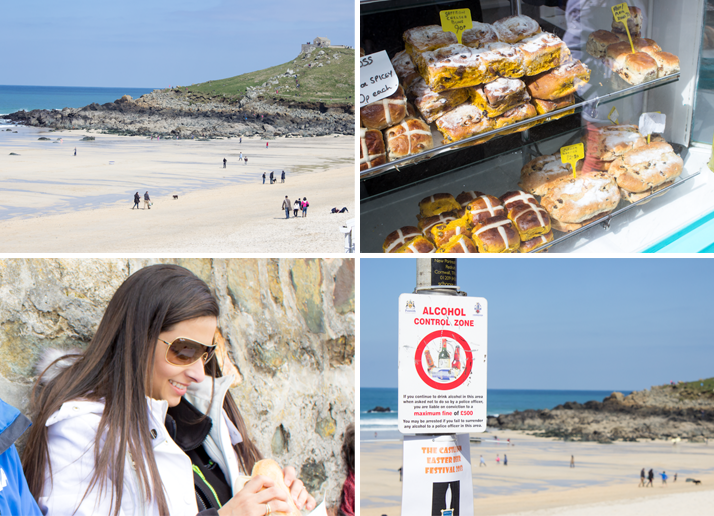 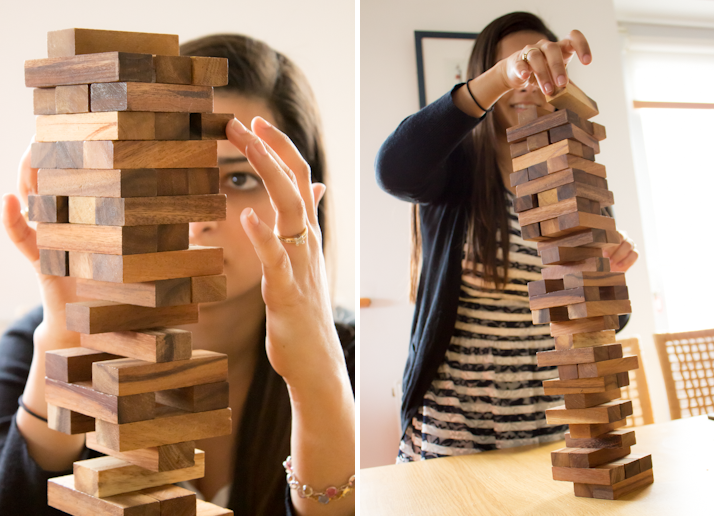 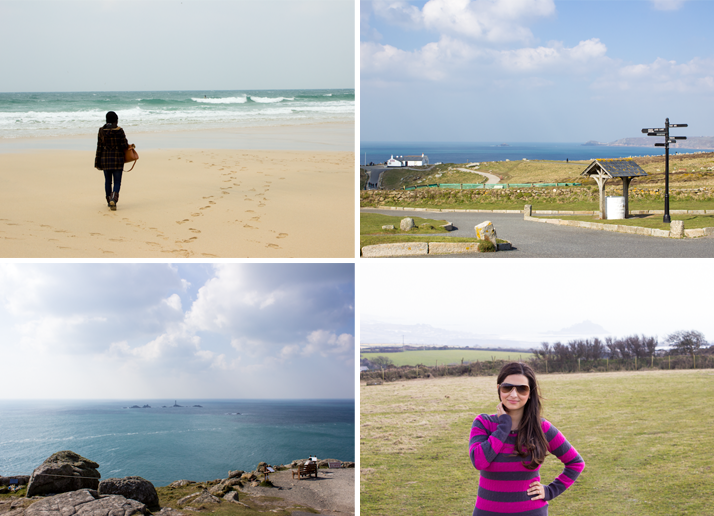 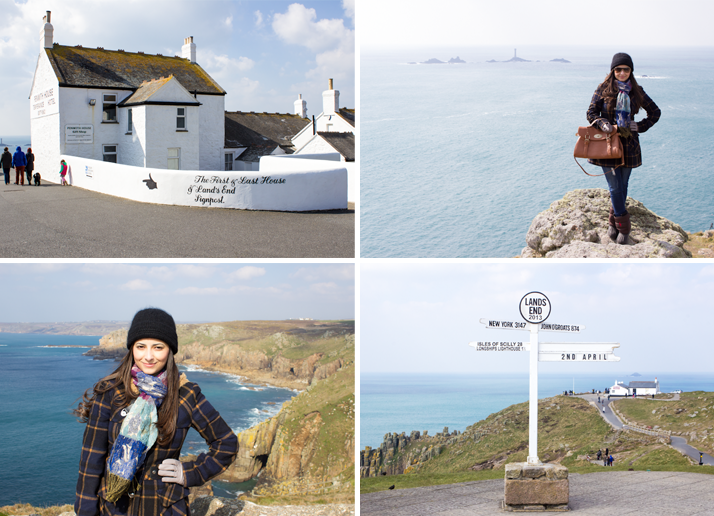 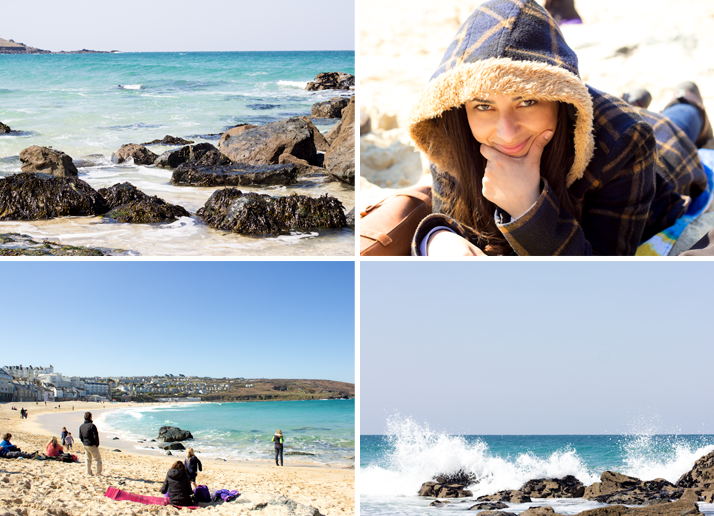 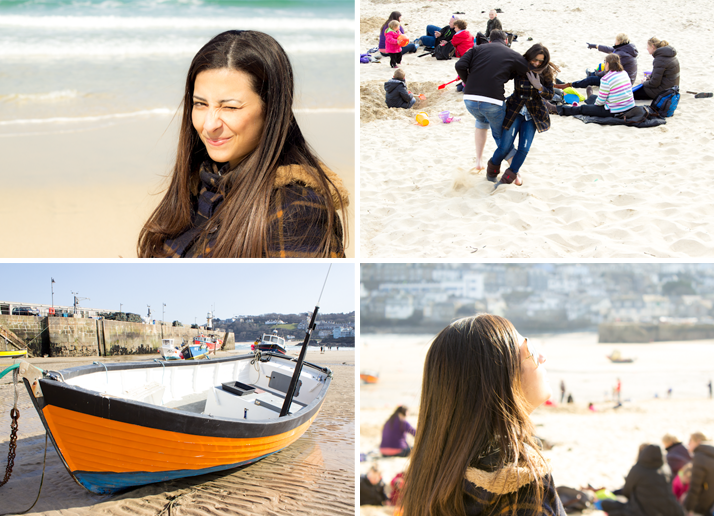 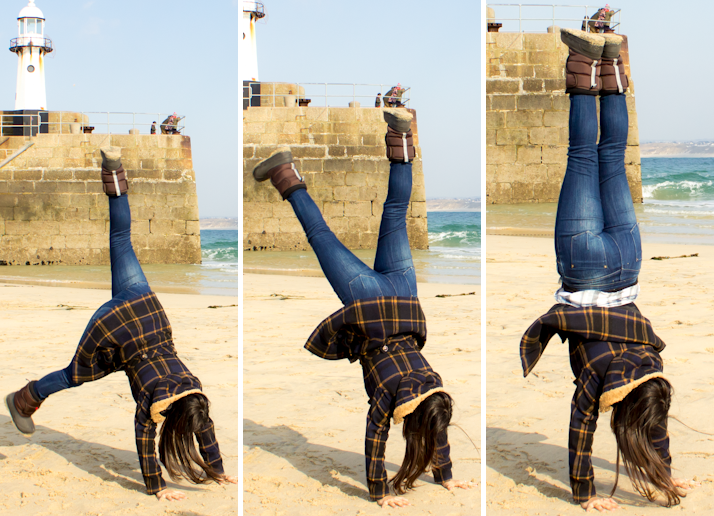 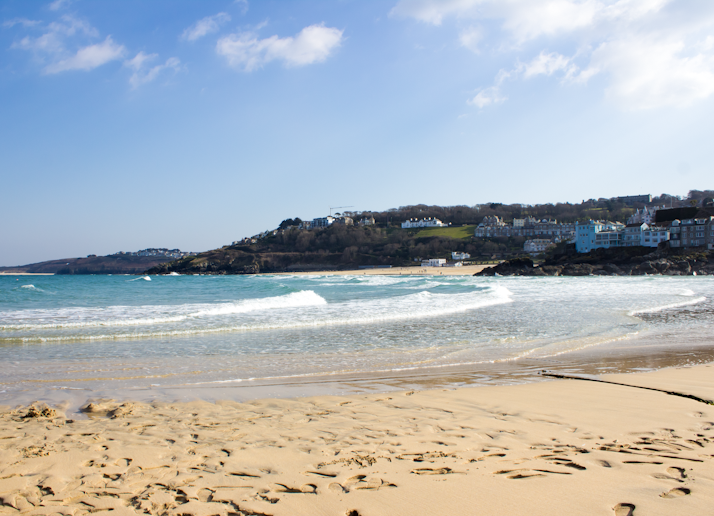 This is where I’ve been for the past week. Pretty amazing, right? So will you forgive me for being a bad blogger and not keeping you guys posted in over a week? :)

We stayed in St. Ives, which is the most picturesque place I’ve ever been; it’s like a litte piece of heaven. Even though it’s bitterly cold in the UK, nothing could spoil the beauty of this little beach town, bustling with families, their kids and dogs, and bedazzled tourists like myself. I’ve only been there once before in the Summer, but it was equally as enjoyable this time around. Unfortunately the water was far too cold for a swim, but we were incredibly lucky to have awesome sunny days sitting on the beach and watching the huge waves.

We took a trip down to Penzance, stopping in Land’s End, which is the most westerly point of mainland England. There you can find the first and last house in England; most tourists like to take photos near the famous sign that tells you’re 3147 miles away from New York and 874 miles away from John O’Groats. Make sure you stand behind the rope near the sign, other you may be asked to pay for an official photo.

We spent our last few days walking around the cobbled streets in St. Ives, having one too many Cornish pasties and heavy cakes, having a browse in the local shops and admiring the breathtaking seaside views. I thoroughly enjoyed having a bit of a break from the world wide web, but now I’m more than ready to get back to blogging.

If you’ve never been to St. Ives, I would highly recommend it, especially during the Summer! I hope you enjoyed having a little nosey at my Easter Holiday pictures. How did you spend you Easter Holiday? Have you ever been to Cornwall?